1. an aptitude for making desirable discoveries by accident.

2. good fortune; luck: the serendipity of getting the first job she applied for.

Internet retailers have been struggling with a challenge since the first time a shopper clicked “Add to Cart,” and so far I don’t think anyone has really cracked it.

Recently we’ve had a number of discussions in our office (and more in the pub) about the difference between the online and offline shopping experiences, and the subject of online product discovery is one we can’t seem to get to the bottom of.  It appears that many retailers are in the same place, and despite their best efforts, online retailers just can’t duplicate what we’ve termed serendipity.

That feeling of walking into your favorite bookshop and picking something up in a section you don’t normally go into just because the cover leaps out at you.

The moment when you stumble across some unutterably stylish, drop dead gorgeous dress in the store you don’t normally go into, but your friend dragged you protesting into.

That magic moment where you discover something.

Amazon has had a good go at it, and I confess I’m a huge fan of its “people like you buy stuff like this” functionality, but it does suffer from a major flaw. Like many of my Forrester colleagues, I use Amazon to buy a lot of gifts that I don’t ask to have wrapped. So Amazon thinks I’m crazily into books on vintage fashion and Waybuloo toys. Well I’m not. But my wife and 2-year-old niece are. Go figure which one likes which. So I regularly receive invites to buy more books and toys I really don’t want.

Anyone spot the odd one out on here ?

You would imagine Amazon could get a little smarter on working out that maybe I buy these things around Christmas and a couple of other key dates?

Gift buying aside, while it is pretty good at suggesting things that I probably would like based on what I’ve browsed and bought, it really doesn’t have a hope of suggesting anything leftfield that I might love. If I’ve never looked for it on Amazon, then Amazon doesn't know I’m into it.

Apple has had its go with Genius, which seems to have morphed into Ping. While I find the recommendations iTunes makes for me don’t stray far from the mainstream, Ping seems like a valid attempt to harness the power of other people’s off-beat taste in music to give me a bit of inspiration. At least here is a way of iTunes being able to suggest things to me based on more than just my own repeat behavior patterns. 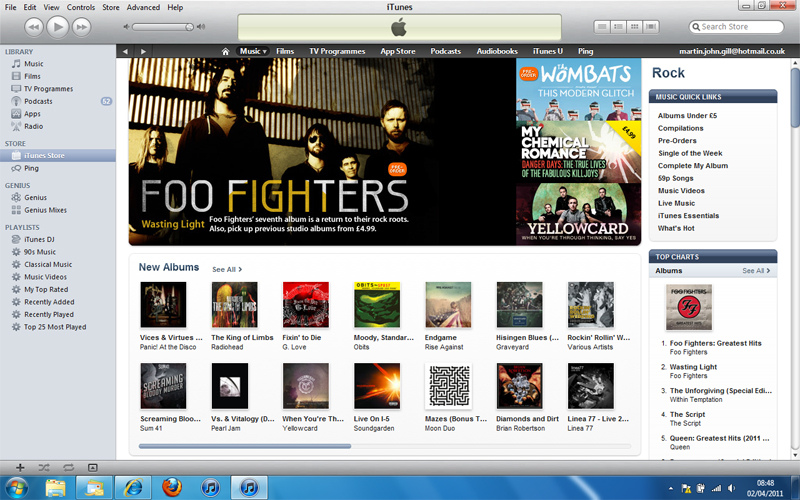 I thought Pandora did a great job because it tried to dig a little deeper and work out what was actually emotionally engaging in our musical tastes, but we are still banned from listening to that here in the UK. 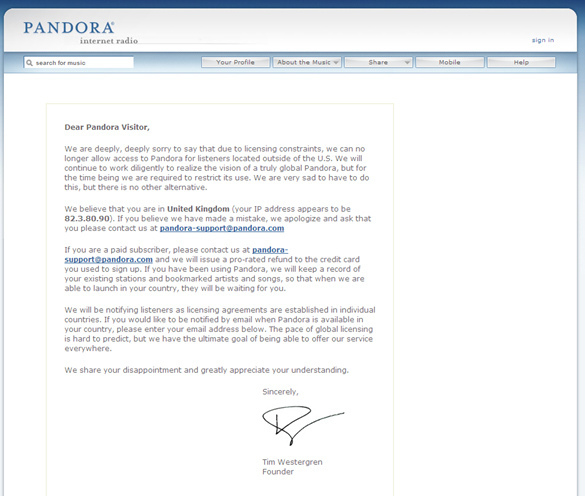 So I stick to @zanelowe on Radio One for my musical advice.

So how do online retailers generate that genuine discovery, rather than relying on shoppers “Spearfishing” (as my colleague Sucharita puts it) product selections with a virtual harpoon? Absolutely, sometimes I’m on a shopping mission to buy that one thing I NEED and you can all get right out of my way until I find it. But at other times I don’t want to spearfish, I want to float in a balmy Mediterranean sea looking at all that it has to offer until I find something new and interesting.

I’m convinced social networks have a part to play here, letting me see what my friends are browsing and buying, and that does seem to be where Ping is heading. But do I really want to invest all that time in building yet another social network on another vertically unintegrated platform?

I believe that this is still a place where multichannel retailers can differentiate themselves. As more and more people turn to the Internet for regular purchases, or to research products that they have a defined need for, physical stores have an opportunity to turn themselves into showrooms that engage shoppers, take them on a journey, and show them something unexpected. Something they didn’t even know they needed.

Now don’t get me wrong. This isn’t easy. But I expect to see us really challenge the format of our physical stores over the next few years, and I also expect the really good online retailers to get much better at bringing back some of that feeling of Serendipity.

Michael O'Grady 11 hours ago
In 2023, we anticipate that two-thirds of global B2C e-commerce will come from online marketplaces.
Read More
Blog