My colleague Michele Pelino and I have just published a major new report, Bridge The Broken Internet Of Things Promise. At its best, the Internet of Things (IoT) — a catch-all term for technologies that enable objects and infrastructure to interact with monitoring, analytics, and control systems over Internet-style networks — has the potential to reshape customer experiences.

In the report, we cover the example of Royal Caribbean's Quantum of the Seas, undoubtedly one of the more impressive examples of how IoT and wearables can redefine digital customer experience (DCX) while also employing digital operational excellence (DOX) in service of customers. In one of several DCX examples, Royal Caribbean has made the Quantum a wallet-free zone using wearable bands that act as everything from the key to your quarters to purchases at the bar. For DOX, the Quantum solves a perpetual pain point for both customers and crew: Did a particular piece of luggage make it onboard and, if so, where is it? RFID tagging and a mobile app solve this operational problem nicely. (See Figure for a screen shot of the mobile app). 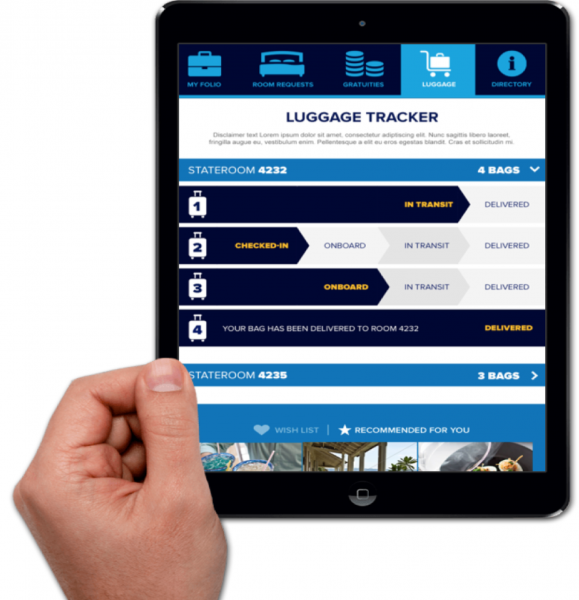 As we detail in the report, RFID tracking has revolutionzed the check-in process, improving the speed of the process, lowering errors, and giving customers peace-of-mind.

So IoT sounds like a panacea for retailers, hospitality firms, travel vendors, and similar firms — right?

Well, not so fast: Putting on your Infrastructure & Operations professional hat, you know it's not as simple as it sounds. Royal Caribbean enjoyed a completely blank slate with Quantum of the Seas, and had the luxury of designing all systems from the ground up with IoT integrated into planning and construction. (They also had over a billion dollar budget for the overall project). The reality is that most organizations don't have a tabula rasa, 3.5 years for the project, or a billion dollar+ budget. In our report, we found numerous inhibitors to DCX scenarios — which are crucial uses of IoT in the age of the customer. DOX is more achievable today, for sure, but it's not always easy to tie gains into customer-oriented outcomes.

If you're undertaking an IoT project, we have a recommended approach — one that we call I&O PACT. To find out all about the broken Internet of Things promise — and what to do about it — please read and download our latest report.

J. P. Gownder is a vice president and principal analyst serving Infrastructure & Operations Professionals. He covers innovation in the context of disruptive devices — from PCs to mobile devices, augmented and virtual reality, digital signage, and, increasingly, robots. Onalytica named him one of the five most important people in the world in the area of wearable computing for 2015. Follow him on Twitter at @jgownder