On October 6, 2014, Flipkart launched “Big Billion Day,” which falls during the festive season in India that accounts for 40% of key Indian brands’ total annual sales. Now in its fifth year, Big Billion Days has become a five-day event; this year, it starts on October 10 — the same day that Amazon will launch its Great Indian Festival. This year, we expect Big Billion Days to really live up to its name, as Flipkart is likely to sell goods totaling more than $1 billion across the five days. 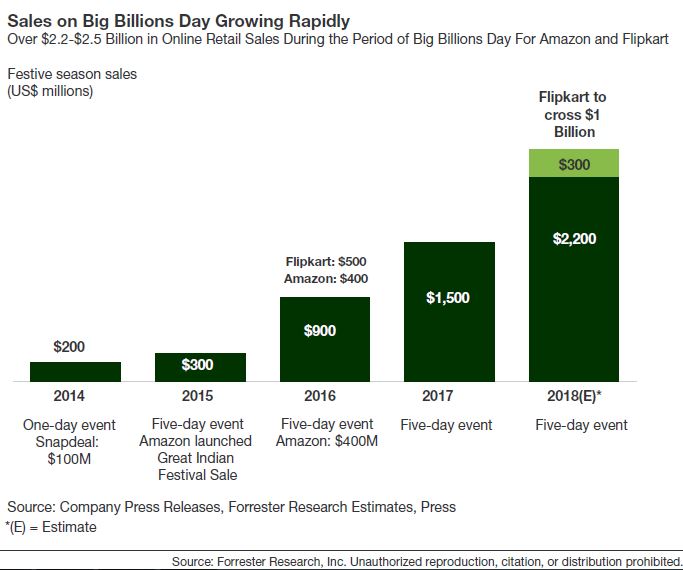 A lot has changed in India’s online retail market since 2017; it now looks like Amazon versus everyone else. On May 9, Walmart announced that it would jump into the fray, paying $16 billion to acquire 77% of Flipkart and finally getting the chance to sell goods to Indian consumers. During this year’s festive season, we expect that:

Jessica Liu 6 hours ago
In this corner … consumers and privacy concerns. And in the other corner … companies prioritizing personalization in their business objectives. Who will win this fight of opposing forces? For too long, companies (and particularly marketers) have tried to drive efficient customer acquisition with “personalized” experiences and by hyper-targeting individuals. But there is a disconnect […]
Read More
Blog