Online retailers in India are expected to generate about $6.5 billion in sales during this year’s festive month (October 15 to November 15), with around 55–60 million online buyers participating (see Figure 1). About 75% of these sales will occur from October 15 to October 21, the period in which Flipkart will hold its Big Billion Days event, while Amazon’s Great Indian Festival event will start on October 17. Year-over-year growth in online retail spending during the festive month will see a growth of 34%. Other highlights for this year’s festive season: 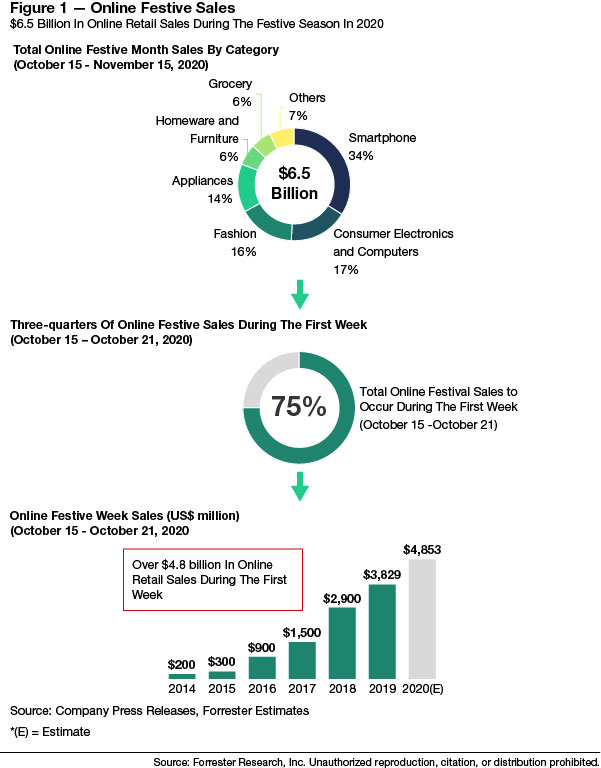 Michael Barnes 3 days ago
A growing number of large firms in APAC are rethinking their supply chains, product and service design and development, and branding. But the pace of change needs to accelerate.
Read More
Blog