This year SAPPHIRE officially changed its name and became SAPPHIRE NOW. Why? Different answers from different people. Those that should know said: "The new name stresses the urgency." Urgency for whom, SAP? And will the next SAPPHIRE be named SAPPHIRE THEN? Never change a successful brand.

Another premiere for SAPPHIRE was the simultaneous show in Orlando, US and Frankfurt, Germany. With 5,000 attendees in Frankfurt, 10,500 in Orlando and 35,000 online participants, this was the biggest SAPPHIRE event ever. I must admit I was concerned going to Frankfurt while everyone in Walldorf desperately tried to escape to Orlando. Who wants to attend a second-hand event? But now I’m a believer. SAP managed to balance the important parts of the show between Orlando and Frankfurt. Keynotes were held simultaneously in both locations via virtual video connection and speakers in both cities. In general I never had the feeling I would miss anything important in Frankfurt simply because it was the smaller event overall. It didn’t make a difference if I couldn’t attend another 400 presentations in Frankfurt or 800 in Orlando from the total of 1,200+ presentations – I had a packed agenda and got all that I expected and needed, including 1:1 meetings with SAP executives like Jim Snabe. The simultaneous, virtual set-up not only helped to save a lot of cost, it created a sense of a bigger virtual community and underlined SAP’s ambitions for more sustainability. To all that traveled intercontinental: Shame on you, next year stay in your home region!

Like every show SAPPHIRE 2010 had its stars as well:

Al Gore, the "once next president" as he introduced himself, held the audience captive with a humorous speech on sustainability – no slides but many anecdotes and jokes. Who cares that it was the same speech and jokes since 4+ years? The master of sustainability and his favorite topic are more relevant than ever and when he said “SAP, with its solutions and internal operations is a thought leader in sustainability!” I think it really means a lot and I believe him, independent of the cash he got for the speech.

Sir Richard Branson, founder of the Virgin empire, had a far more challenging situation to master. Constantly pushed by the moderator (who was she anyway?) to talk about a topic that apparently wasn’t his favorite (guess what: IT), poor Branson nevertheless impressed the audience with his charisma and style. When asked about the name of his company, Branson answered: “Well, I was 16 when I founded it…”

Jim Snabe and Bill McDermott the new Co-CEOs of SAP jointly presented SAP’s new strategic direction. The two sales professionals clearly divided up the stage, with McDermott concentrating on the sales and business side and Snabe on product and technology. Specifically Snabe managed to (re-)establish confidence with the new and simple strategy "OnPremise – OnDemand – OnDevice" and his authentic style, while McDermott sometimes appeared more like an (over)polished actor (did I read Italian lover in another blog?). When actors become governors and presidents, CEOs can become actors too – believe in yourself.

Vishal Sikka and Hasso Plattner jointly presented the other co-keynote of the event focusing on "the next big thing" and SAP’s innovation pipeline. Specifically Sikka, SAP’s CTO and newly appointed board member, surprised the participants with his "coming out" at SAPPHIRE 2010. Dr. Sikka (no tie) described SAP’s quest for innovation in 3 points: "Reach, Real-Time and Cloud" which was a variation of the "OnPremise, OnDemand, OnDevice" theme, while Prof. Plattner (fancy tie) mainly lectured about his favorite topic of in-memory (see also his funky self-interview on the topic).

The most over-used word by SAP in the last few months has been "innovation." In fact it was used so much that the actual lack thereof became finally clear to everyone. So I did set out at SAPPHIRE 2010 on a quest to find innovation in all its various forms…

Jim Snabe notably described innovation as “turning ideas into money” and that we should not confuse innovation with creativity. “Innovation starts with quality; it’s not just about bringing ideas to customers”. I can buy into that.

A key innovation point of course included the whole topic of in-memory. Currently SAP uses in-memory for analytic applications only but has big plans to expand the technology further. In discussion with Jim Snab,e he revealed SAP’s plans to use in-memory for transactional processes (now we are talking). “So you are planning to create multi-tier memory solutions with a database, flash and in-memory layer?” our team of Forrester analysts asked Jim Snabe in our 1:1 meeting. “No, we will move it all to in-memory only. Completely!” Wow, that’s ambitious.

A whole area in the exhibition hall was dedicated to innovation and I did spend some time chatting with the staff and looking at their solutions from sustainability to cloud computing, business intelligence and collaborative decision tools (aka SAP StreamWork):

There was so much more than I could list in this single blog, but one thing became clear: SAP finally started to talk less about innovation but actually started to fill its roadmap and vision with innovative solutions. 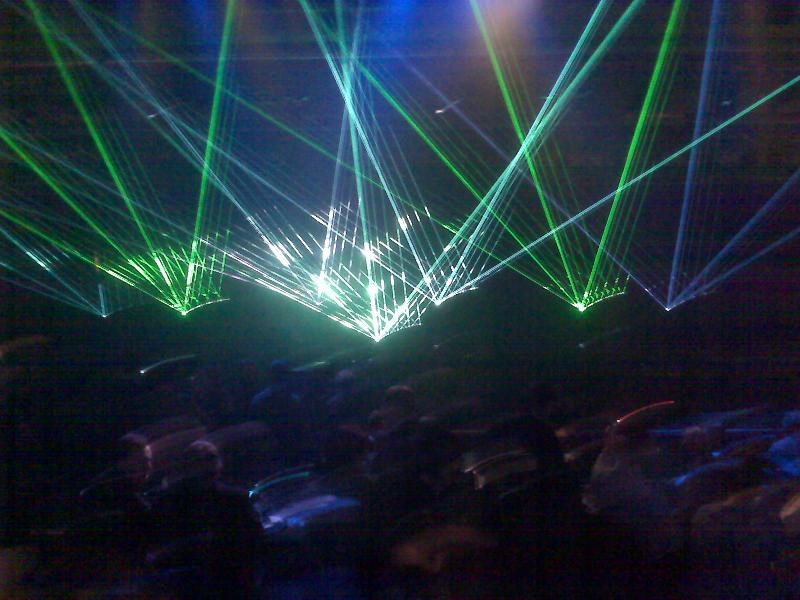 While the evening event in Orlando featured Carlos Santana, I had the pleasure of joining Duran Duran in Frankfurt for a remarkable night of celebration. Thanks to Capgemini, who sponsored the event and gave me a VIP ticket, I could attack the sushi bar and let some fish swim in caipirinha. When the guys finally got their make-up working to look like 25 years ago, Duran Duran delivered a fantastic show and I was caught by 80s’ memories. I left the VIP area and dived into the masses and I swear I saw some IT people dancing to songs like ‘Wild Boys’ and ‘Notorious’. Finally, we all left the show, feeling like ‘wild boys’ and 25 years younger (until the next morning).

Thanks to SAP for a great event, good insights into a roadmap full of innovation, and thanks to the SAP AR team for an interesting agenda, packed with 20+ good meetings with lively discussions.

Diego Lo Giudice 6 days ago
Truly digital firms have business models with technology at the core, and this technology is software. For such firms, software is an expression of the business. To become truly digital, complementary approaches to people, process, and technology are needed. The unresolved need for more developers (people) is well and painfully understood. The need for agile […]
Read More