In a move that was widely telegraphed and expected, Microsoft officially launched its own set of managed detection and response (MDR) services, with more to come in the future. In this blog, we break down what security leaders need to know about Microsoft’s MDR launch, the impact on the cybersecurity market, and what will change as a result.

Per press reports, Microsoft was in the running to buy Mandiant, but Alphabet snagged the vendor. Missing out on Mandiant cost Microsoft the “head start” an acquisition gives, which leaves it to take a slower and steadier approach to building its services capabilities. Around the same time the Mandiant news broke, Microsoft hired Kelly Bissell, who most recently led Accenture’s cybersecurity services practice — a strong signal that Microsoft wants to keep cybersecurity services in its bull’s-eye.

What Matters For CISOs

As we’ve discussed multiple times, Microsoft’s path to market begins with IT and relies on bundling. In addition to bundling security capabilities in Azure, it can now couple those with security services. For security leaders fighting with IT to avoid a rip-and-replace move to Microsoft bundles, keep in mind that this announcement is another piece of ammunition for the IT team. They will likely take advantage of this opportunity by: 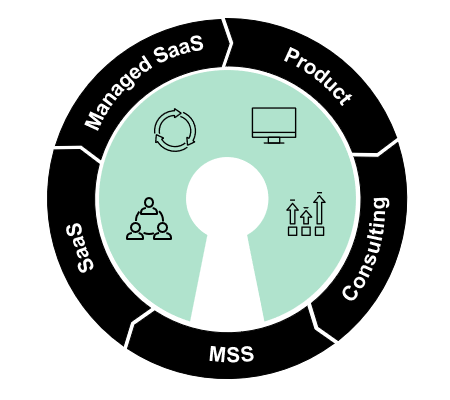 CISOs who want to push back against too much Microsoft should look to their other trusted security product and service vendors — especially if they need to justify point solutions — and ask for help creating business cases, total economic impact statements, and outcome-focused case studies from customers in the same segment.

What It Means For The Market

In 2002, Joel Spolsky wrote “Strategy Letter V” about commoditizing your complements, and the essay still perfectly captures and predicts Microsoft’s strategy. Security services vendors should take a long look at other Microsoft partners as a preview of what will come next. When it launched, Defender was an innocuous antivirus alternative. In 2022, it’s a fully capable, leading enterprise endpoint detection and response tool that now serves as the basis for Microsoft’s own services delivery teams and partner ecosystem. At the same time, Sentinel and Defender for Endpoint allowed services partners to reap rewards in recent years when running those technologies for customers.

Big is a strategy. Microsoft is a platform company, and platform lock-in allows Microsoft to hold its security, IT, and reseller partners hostage. After all, those partners can’t simply choose not to work with Microsoft products when the customers they serve live in the tech vendors ecosystem. This leaves partners dependent on — and concerned about — what comes next. There are several areas where those partners will find enabling Microsoft versus competing with the company is an effective strategy which includes:

The Cybersecurity Market Will Pit Industry Heavyweights Against Each Other

Microsoft will need to cultivate and integrate a whole new set of partners as it expands security services like incident response. Microsoft can throw its weight around in technology and IT, but it’s also going to come up against another set of companies unafraid to throw their power around: the insurance industry and cyber insurance providers. Many competitors — like the aforementioned Mandiant and its new owner Google Cloud — are more than two years ahead of Microsoft in these areas.

Making a mark in this segment will require Microsoft to juggle its relationships with insurers, law firms, and communications agencies to work effectively with litigation-aware clients. The Redmond, Washington-headquartered vendor’s ability to meet the demands of the dominant players in this new incident response ecosystem, where it’s unable to exert control, is worth following.

Allie Mellen 20 hours ago
The chair of the board at Women in Security and Privacy (WISP) discusses the organization's work and how companies can partner with it to foster diversity in cybersecurity.
Read More
Blog

Tracy Woo November 23, 2022
This blog piggybacks off of my last post regarding the management evaluations I’ve been working on in 2022. As previously noted, they take a lot of effort but deliver high value — a lot of which can’t be captured in a single report. I already shared my tidbits of advice for the cost management evaluation. […]
Read More