Skip to content
< Blogs
Home > Featured Blogs > New Tech: What I Took Away From The American Graphene Summit 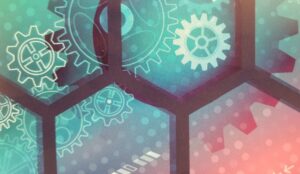 Graphene will (eventually) affect all of us, whether we know it or not. I’ll explain later, but first, let’s take a step back and level-set. What is graphene? Simply put, it is one single atomic layer of carbon, produced by various methods of separating layers of material from graphite. It only existed in the theoretical sense until 2004, when two scientists from the University of Manchester became the first to isolate the material. Since then, an entire industry has emerged at the intersection of manufacturing, energy, aerospace, transportation, electronics, and more.

Last year, Forrester cited nanotechnology as one of the top 12 emerging technologies to watch. As it turns out, lots of businesspeople are watching. According to a recent Forrester Analytics Business Technographics survey of business executives (director-level or higher), 66% of respondents say that nanotech is very or extremely important to their business in the future. That number jumps to 73% of respondents in the manufacturing industry.

Enter graphene. This material may be just one form of nanotech, but it shows practically limitless promise as a material. I recently attended the American Graphene Summit in Washington, D.C. as a guest of the National Graphene Association (NGA). What I found most compelling was the sheer breadth of applicability that this material has across industries and technologies. To help explain what I mean, here are just a few of the properties of this so-called “wonder material”:

These properties should immediately lead your thoughts to countless possibilities. And those possibilities fuel a lot of innovation in this fledgling industry. For example, from 2004 through 2017, there have been more than 53,000 graphene-related patents filed, according to the Nixene Journal. Half of those were filed in just the last three years. That pace indicates we are at an inflection point in the rate of innovation and the number of young graphene startups gaining traction. With all of this activity, it came as no surprise to me that the NGA was able to engage the office of Senator Roger Wicker (R.-Miss.), chairman of the Senate Commerce Committee, who was involved in the summit last month.

The commercial potential of this material is staggering. With properties like those that I mentioned above, it’s only a matter of time before we find graphene to be as ubiquitous as steel, silicone, or plastics. Here are just a few examples of graphene use cases “in the wild” from global brands that I saw at the summit:

There were many other applications in civil engineering, consumer electronics, water purification, and even explosive detection. But one thing became clear to me by the time I left the event: We haven’t even begun to scratch the surface of what’s possible. As industrial and technological innovations begin to converge, and the processes of graphene production continue to become more economical, we’ll begin to see this wonder material everywhere in our daily lives. Any firm that produces a physical product should follow the graphene space closely.