Skip to content
< Blogs
Home > Featured Blogs > Did Move 37 Signal The Impending Death Of The Financial Services Industry As We Know It? 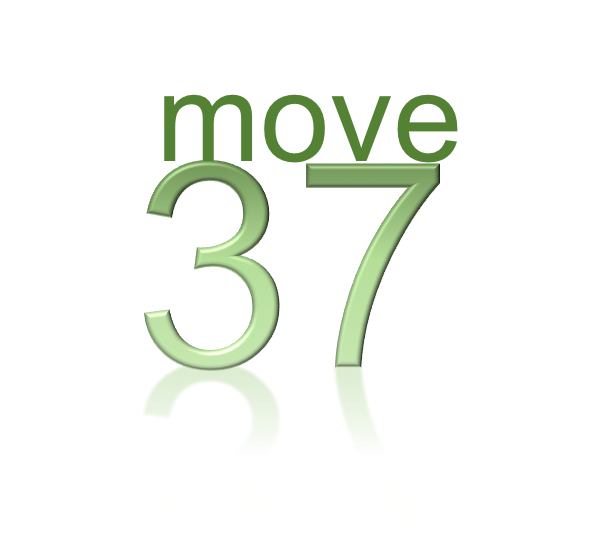 A couple of years ago I wrote a post predicting a new business paradigm for financial services. You may have read this post and been skeptical. Maybe you thought it wasn't realistic. If so, you may be wishing you were paying more attention very soon. Read on.

This week I spoke on "The Experience Economy" at a client conference where attendees were primarily from the financial services industry. At the conference the opening keynote was by a renowned "futurist". Most futurists don't claim to predict the future, they extrapolate the trends they see around them today to help prepare you for what is likely to come. Interestingly, that's exactly what analysts at Forrester do every day. Perhaps that's why I feel "futurists" are over-hyped – I had expected more from the keynote.

In side conversations with attendees I shared my own "futurist" thoughts on the impending death of the financial services industry. Indeed after chatting for a while, one attendee even suggested I should rename my speech "The Death Of Financial Services" just to get people's attention. It seems many people in the industry haven't been paying enough attention to what's going on in technology.

Let's begin with Google's AlphaGo AI. In March of 2016 Google's AI beat world Go champion, Lee Sidol. To understand the enormity of this you need to understand a little about the game of Go as compared to Chess.

Google's AlphaGo is a neural network designed by DeepMind to teach itself how to play Go. Instead of trying out all the possible combinations of moves till it finds the right one, it uses it's knowledge of possible moves to calculate the odds of a move delivering a winning outcome and it plays the optimum sequence. But there's a twist. Beyond the 30 million moves AlphaGo's creators fed into the machine at the outset, AlphaGo has the ability to teach itself new moves, ones never previously played. It is this capability that sets AlphaGo apart from other previous game-playing computers.

Lee entered the contest against AlphaGo confident of victory. But after quickly losing the first game to the computer he become more focused in his second game. It was in this second game that AlphaGo played a previously unseen move that would ultimately be the tipping point in the game. Move 37. It showed AlphaGo had evolved it's understanding of the game beyond what it had been taught by humans.

And AlphaGo keeps learning, improving itself every minute of every day. That's the thing with AI, it doesn't sleep. An updated version of AlphaGo recently took on some of the world's top Go players in unofficial contests, winning 60 games, losing none.

What has this to do with the financial services industry?

Simply this. We are at an inflection point in technology evolution. We can now build a neural network capable of teaching itself how to play the most complex game in the world better than humans. How far are we from building a computer that can teach itself to play the stock market better than any human? Five years or less? Five years is not too far ahead when it comes to strategic planning, but five years is a lifetime in terms of technology evolution.

Once we pass this next AI hurdle, the company that possesses this capability will be able to guarantee a better long-term return on investment than any competitor, even in down markets. And because computers can take in far more data about a company than humans can, AI neural nets will create an edge that's unbeatable without insider trading. To remain in business, every financial services company will need equivalent technology capabilities.

At that point, human financial services advisors will no longer be needed to build portfolios and manage funds. Millions of well-paid white-collar jobs will disappear, replaced by new jobs we haven't even imagined yet. (We are laready seeing computer dsplace fund managers). Much of the stock market as we know it today will change almost overnight. Regulators will be tempted to step in and prohibit AI trading to prevent the collapse of the industry.

But supposing regulators don't step in, and we do get to AI trading, what then? With the emotion removed from trading, will valuations trade in a narrow value band based on the real earning potential of the company and little else? Will stock prices become more predictable and stable? Maybe not if the automated trading initiated drops in the market are anything to go by. But these automated trades are initiated by the relatively dumb computer systems used in automated trading today. AI driven trades aren't likely to be fooled by the human fear of losing out.

So how will the remaining companies compete? With all financial services companies offering guaranteed levels of investment growth, competition will focus on the experience delivered to each customer and the degree to which experiences trigger positive emotions and satisfy desires. Ironically, a greater emphasis on tech investment in financial services might actually result in firms becoming even more human.

Let me know what you think by posting a comment below.

Next post: The Top Emerging Technologies For Digital Predators

Christopher Gilchrist 8 hours ago
Tech Execs, do not be too aggressive with short-term cuts that inevitably will force you to play catch-up in the long run. Instead, be aggressive with repositioning your workforce to expand core business growth and strengthen the durability of your advantage in the market.
Read More
Blog

Nikhil Lai 1 day ago
The question I’m asked most often is “Is retail media overhyped, or is it the next big thing?” This question comes, in part, from media coverage and forecasts, including Forrester’s, that project a significant share of ad spend — nearly $100 billion, according to Boston Consulting Group — being absorbed by retail media networks (RMNs) […]
Read More