It’s a sure tell that something must be pretty bad at Facebook when the company is forced to turn to its competitor, Twitter, to communicate with its users.

We’re aware that some people are having trouble accessing our apps and products. We’re working to get things back to normal as quickly as possible, and we apologize for any inconvenience.

Facebook has a risk management problem. On the heels of a(nother) whistleblower condemning the social media giant for its business practices, the Facebook ecosystem experienced a global outage at 11:40 a.m. ET on October 4, 2021 — affecting its core platform as well as Instagram, Messenger, Oculus VR, and WhatsApp. While the company has yet to confirm the exact cause of the issue, sources are pointing to an issue with DNS where BGP routes have disappeared. Update: Facebook has issued an apology and confirmed that its outage was caused by configuration changes to its backbone routers.

Over the past two years, Facebook consolidated its disparate app ecosystem onto one back-end infrastructure. It’s a move that creates some operational efficiencies for the company and insulation from a potential breakup by regulators. But it also exposes Facebook to concentration risk: A single risk event that produces a cascading effect — like old-school Christmas lights, where when one goes out, they all go out. This strategy comes at the expense of redundancy and impairs the company’s resilience. It also irritates consumers who don’t want a unified social media profile across Facebook’s family of apps.

Although many brands had a “real-time marketing” moment on Twitter today, this outage has widespread implications for the advertising ecosystem, given the fact that ads weren’t being served for over six hours across Facebook and Instagram, which command the lion’s share of social media ad revenue. This not only affects Facebook’s revenue (and stock price), but also brands’ bottom lines.

It’s a platform that advertisers and users continue to rely on. Facebook reported a 47% year-over-year increase in Q2 ad revenue amounting to $28 billion. And Forrester’s 2021 Consumer Technographics® Benchmark data shows Facebook’s core app continues to rank as the top-used social media platform weekly among global audiences (except in China where it isn’t available), including 76% in metro India, 73% in Australia, 66% in the US, and 64% in Europe/European countries (UK, France, Germany, Italy, Spain). And other apps within the Facebook ecosystem (Instagram, Messenger, and WhatsApp) also dominate globally over non-Facebook social media platforms. 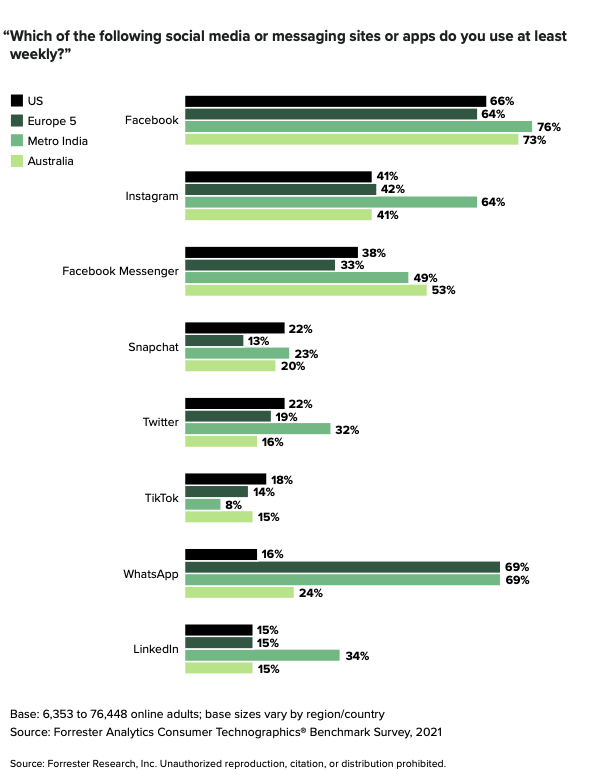 Facebook’s outage wasn’t the first, and it won’t be the last. It’s a reminder to advertisers to have proactive mitigation plans in place to avoid the scramble of trying to figure out what to do in the moment. Brands should:

1. Diversify media spend within and outside social media. Brands should use this incident to (re)assess how much of their ad spend is concentrated in a single social media platform or marketing channel and determine a go-forward diversification strategy that still reaches their target audiences while reducing concentration risk.

2. Prepare for the next outage. When the next outage occurs, brands should position themselves to pivot quickly to lessen the blow to their demand generation efforts. This involves creating “what if” scenarios with specific actions to take as risk triggers occur.

3. Adjust measurement tracking and optimization. Marketers’ ad performance benchmarks will have to account for this outage — for example, comparing today’s performance against last Monday’s won’t be trend-able. This is problematic because Facebook/Instagram measurement exists in a vacuum, and brands can’t pull data out into independent cross-channel attribution models. Marketers would be wise to pressure Facebook to quickly adjust for the outage and normalize brands’ siloed Facebook ad performance dashboards.

We’d be happy to talk more about this and what it means for your company’s social media marketing efforts via a Forrester guidance session. 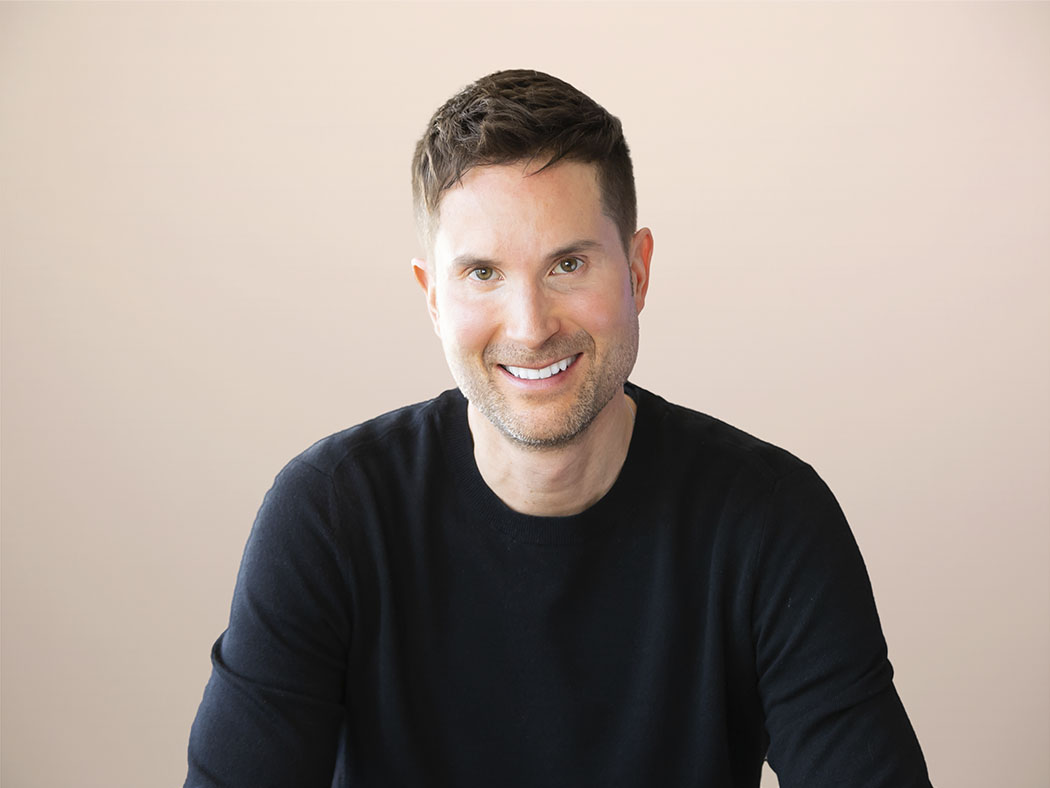 Jessica Liu 14 hours ago
In 2021, US-based social media platforms such as Facebook, Instagram, Snapchat, TikTok, and even Twitter piled on user shopping features, paving the way for 61% of US online adults under 25 years old saying that they’ve completed a purchase on a social network without leaving the website or app. Brands salivate at the opportunity to […]
Read More
Blog