President Biden just signed the CHIPS for America Act into law as part of a larger $280 billion CHIPS and Science Act appropriation. This “CHIPS Act” allocates $54.2 billion in funding to support US domestic technology innovation, primarily aimed at the semiconductor industry. Much of the lobbying that brought this act to reality is focused on national security. Proponents point to the declining competitive position of the United States in the global semiconductor market. Less than 12% of the world’s chips are made in the US, down from 37% in the 1990s. Washington sees this trend as a threat, as other countries have been investing heavily in their domestic semiconductor industries. After the usual political wrangling, the bill passed both the Senate and the House with broad bipartisan support. 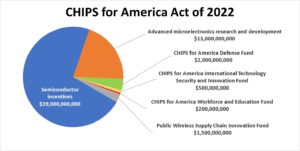 One important point to note is that the CHIPS Act dedicates $2 billion to “mature nodes.” While much of the excitement in the semiconductor world is focused on the most advanced sub-7-nanometer (nm.) technologies, less advanced chips above 40 nm. represent a huge proportion of the overall semiconductor market. The main reason is cost, but they are also reliable. Most IoT devices, such as a Ring doorbell or a Honeywell barcode sensor, are popular because they are cheap enough to warrant mass adoption. You can only hit these price points with inexpensive chips. They also need to be more tolerant of extremes in temperature, vibration, humidity, or corrosive elements. The most advanced chips operate in the relatively luxurious environment of a data center. 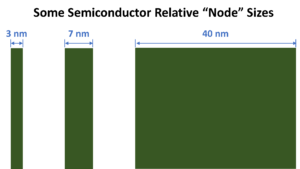 Our research shows these mature nodes to be among the worst shortages because their low cost and reliability make them so popular and manufacturing (“fab”) capacity is limited. The automotive sector has been especially sensitive to supply constraints with mature nodes. Read the news to get a sense of the pain involved with cars. For even more painful evidence, try to buy a new car! I’ve been trying unsuccessfully for months! Carmakers need chips — lots of them — and they haven’t been able to get enough.

A few points are worth noting about the CHIPS Act:

Now that the CHIPS Act has passed, expect that:

As always, please reach out to Forrester if you want to discuss this topic more. There’s never a dull moment in the tech business, especially now!

Erik Nost 2 days ago
The Cybersecurity & Infrastructure Security Agency (CISA) kicked off Cybersecurity Awareness Month with a bang yesterday, with its latest binding operational directive that requires federal agencies to account for a complete inventory of assets and vulnerabilities. In past CISA coverage, we recommended that organizations doing business with the federal government, looking to maintain good cyber […]
Read More