The EU announced an updated Code of Practice on Disinformation, aimed at combating the online spread of disinformation via regulatory measures, including “demonetizing the dissemination of disinformation.” Forrester’s research shows that the monetization of disinformation is a vicious cycle in which the ad supply chain infrastructure supports and funds — often inadvertently — the spread of disinformation across the open web and social media platforms. Mindful media is proactive, values-based, and innovative (see figure). The EU consistently demonstrates these qualities, from their strong and deliberate action to protect data privacy through the GDPR to this updated code, which represent a meaningful step toward defining and destroying disinformation online. These steps also show that the United States is once again playing catch-up. This code tackles several key roadblocks to disinformation prevention. 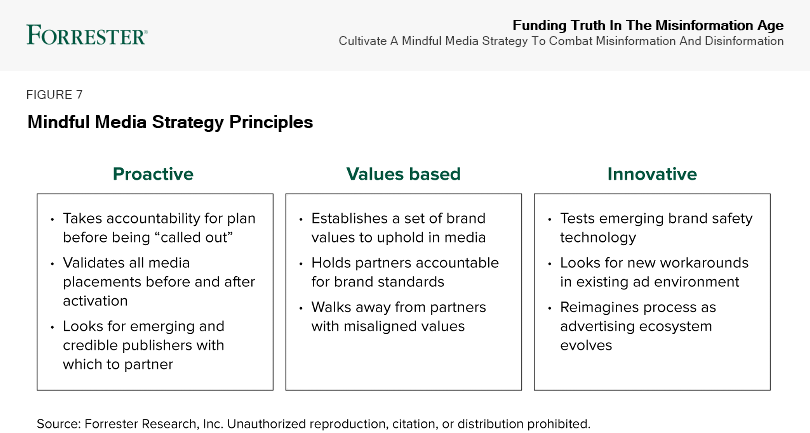 Stripping Disinformation Sites Of Advertising Will Transform The Supply Side

Adtech makes it relatively easy for people or groups to create sites with whatever content they please, and to monetize those sites with ads. The content could be plagiarized, propaganda, or even developed specifically to be monetized (made for AdSense or MFA sites). This updated code promises to prevent adtech from allowing disinformation sites to “benefit from advertising revenues,” and it will help defund and demonetize disinformation because:

Most major social media platforms have some level of content moderation in place, and many of their policies include the mitigation of misinformation and disinformation. The enforcement of these policies is inconsistent, however. Despite Facebook’s policies, engineers discovered a “massive ranking failure” in the algorithm that promoted sites known for distributing misinformation, rather than downranking those sites. YouTube was seen as playing a significant role in the January 6 attack on the Capitol, when a creator connected to the Proud Boys used YouTube to amplify extremist rhetoric. Google, Meta, and Twitter, among others, have agreed to this code proposed by the EU, which signals their willingness to take greater responsibility for the harmful content that gets distributed across their platforms. The code, on its own, won’t be enough to promote change; the EU is connecting the code to the Digital Services Act, however, which incentivizes companies to follow it or risk DSA penalties.

From Privacy To Disinformation, US Regulators Are Playing Catch-Up

This isn’t the first time we’ve seen Europe outpace the United States on regulatory changes or guidance that impact advertising and marketing. In 2016, the EU introduced the GDPR, a landmark regulation protecting user data and privacy. Meanwhile, four years after the GDPR went into effect, the US still doesn’t have a federal privacy law (although the legislature just introduced a proposed bill this month). This code for disinformation is yet another example of Europe taking a proactive approach that’s paired with decisive action. Until the US follows suit, advertisers in the US will hopefully reap some of the benefits of major tech companies making changes to adhere to the EU’s code.

To hear more about our perspective on the role the advertising industry plays in funding disinformation, check out Forrester’s podcast: What It Means — Why Are Brands Funding Misinformation? 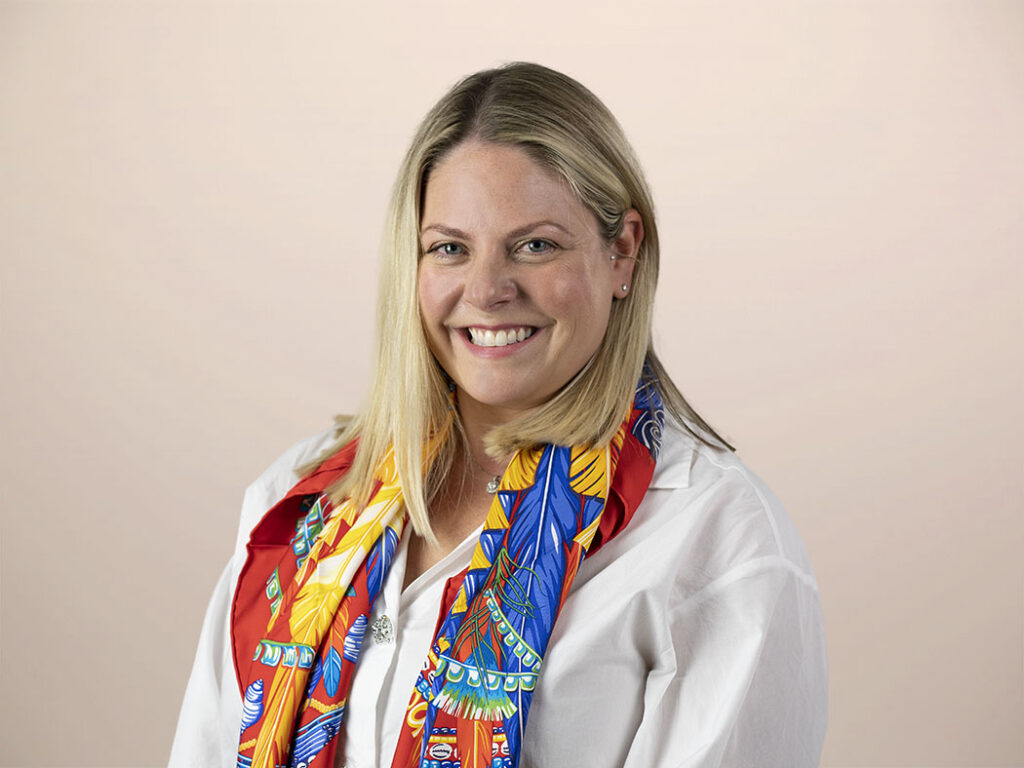 Xiaofeng Wang 3 hours ago
Following the previously published report covering key CDP vendors in Asia Pacific (APAC), I interviewed 10 CDP customers in the region, and published a new report The State Of Customer Data Platforms In Asia Pacific. Here are the key findings of the state of CDP in APAC: CDP Popularity In APAC Varies By Type, Geography, […]
Read More
Blog

Annual Planning Season Is Here — Make It As Productive As Possible

Craig Moore 3 days ago
In an uncertain economic climate, having a sound marketing planning process is critical. In this first post of a three-part series, we introduce a methodical approach to B2B marketing planning.
Read More