By Silencing Hackers With NDAs, Uber Could Legitimize Ransom Attacks As A Business

Despite a half-billion-dollar marketing campaign last year to rebuild Uber’s image, the ride-sharing giant’s reputation problem just keeps getting worse. On Wednesday, two of the (now known to be) three hackers responsible for the 2016 breach and ransom of 57 million riders’ and drivers’ personal information — including phone numbers, email addresses, and names — pled guilty in federal court to one count of conspiracy to commit extortion. The plea refocuses media and customer attention to Uber’s colossal mishandling of the 2016 incident and reveals the existence of a third hacker who was unknown to Uber and could still possess stolen data.

Uber’s former chief information security officer (CISO) was thrashed by lawmakers calling the company’s breach response and misrepresentation of the ransom a “bug bounty,” morally and legally reprehensible. Curiously, Uber’s recent media attention has focused on its extraordinary step of making the hackers sign a non-disclosure agreement (NDA), a legally enforceable contract between business parties. Although NDAs can’t legally cover illegal actions such as a cyberattack, the move begs the question: Did Uber executives try to legitimize the breach as a business event and the hackers as a third-party business relationship? If so, the handling of the breach underscores the extent to which Uber executives were willing to go to protect their reputation and business, even at the potential cost of breaking state and federal laws and users’ trust. As ransomware attacks continue to increase, CMOs and CIOs should engage with their chief information security officer to understand their company’s protocol and response plans. Reputational risk can be minimized by the speed of notification and transparency of communication.

This Is What It Sounds Like When Doves Cry: Xerox Plans To Buy HP

On the heels of selling its stake in Fujifilm, Xerox plans to buy the skeletal remains of HP. But to become what? A bigger papier-mâché company? Xerox’s business is built on copy machines. HP’s remains are printers and PCs. And yes, we need printers. In fact, this analyst loves paper. But we no longer celebrate advances in paper. (Sure, they exist — but even the paper industry titles a blog: Paper Industry Innovation – More Than You Might Think.) For most of us, when we think about paper at all, it’s either because we’re out of it or the fool machine don’t work. Still, the celebrated technology brands that made the ’80s great have a role in our digital world. So when they coo and collide and become one giant paper machine orbiting our sun, we hope it’s to drive down costs, eliminate redundancies, and build utility services to eliminate all your paper-based hassles. We wish Xerox and HP the best of luck as they flutter into the future.

At the Tokyo Motor Show, the automobile company showed off an impressive collection of tools to reveal how its “much-loved cars” and forthcoming solutions will define the future to meeting mobility customers’ needs. Among these were the Toyota e-Racer — a digital vehicle and pair of special augmented reality/virtual reality glasses that let customers experience virtual personalized races — and Toyota e-Care, a self-driving vehicle that lets passengers talk to a doctor and undergo an examination while on their way to the hospital. Their customer exposures of these forthcoming digital value extensions is a key step in the best practices for tech-driven innovations — get the prototypes in front of your customers early to learn what aligns and what does not so you can ensure your innovation iterations drive to successful solutions and ease their go-to-market.

The employees of WeWork have organized into a formal group named WeWorkers Coalition. Following the tremendous fallout from the collapse of the workspace-leasing company, CEO Adam Neumann walked away with more than $1.5 billion in severance. Everyone, from cafeteria workers and cleaners to developers and sales professionals, will be leaving the organization sooner or later. The Coalition wrote an open letter to management saying that, among other things, “We are not the Adam Neumanns of this world.” Neumann’s severance package is too much for them to rationalize. They listed demands: a say in how the organization gets reorganized, fair compensation based on the contribution and tenure, severance for everyone (including cafeteria workers and cleaning people), and healthcare options. WeWorkers are not unionized labor. They are just employees worried about their future and taking innovative action. For example, they went to The New York Times to negotiate with their company in public. These events require that all company leaders ask: How are you managing your collective bargaining risk? Minimize risk by giving employees a way to express discontent within the organization with a strong and anonymous whistleblower program, or they will find alternative ways to get the organization’s attention, by way of The New York Times.

Fast fashion is learning what it is like to sell to Millennials who are aware of overconsumption and believe climate change action is needed. Such manufactures and retailers are seen as adding to the problem by selling clothes so cheap that you can practically wear them once — and making them in ways in which the environment and society absorb much of the cost. Consumers see it as wasteful, not convenient. H&M finally came forward in Bloomberg to talk about its corporate social responsibility (CSR) program to help repair its reputation. What consumers may not know is that the company is one of the largest users of recycled cotton in the world. It is working with orange peels and fishnets to make new fabrics from recycled materials and plans to be carbon-neutral by 2040. H&M’s plan is wise: The values-based consumer is real, and your corporate values and social responsibilities programs matter more than ever. Consumers care about their impact, and they shop accordingly. Other more environmentally conscious brands like Patagonia or Allbirds talk about their CSR as part of their brand identity. Fast-fashion brands and retailers can mitigate this reputation risk. For example, buyback programs get the company into the responsibility chain and can be used for marketing and sales: “Don’t throw away last year’s fashion . . . bring us 20 lbs. of our clothes; we will give you a $10 cash card.” Fast fashion should be the start of something good for the environment, not the antithesis of it.

Hospitals Aren’t Ready for Climate Change . . . Neither Is Anyone Else

With fire season upon us, hospitals in Northern California aren’t evacuating because of fire but because of the forced blackouts that prevent fires. Hospitals prepared for power outages, like everyone else in the state, with generators that run anywhere from 12 to 48 hours — after that, they are out of power. Imagine what it takes to evacuate a hospital with patients who range from those in the ER to those in hospice. Hospital have found themselves unprepared for this level of forced blackout. These are the new challenges of not just healthcare but all organizations. Leaders need to consider their own fire preparedness. What if the co-location facility is in a fire zone? What are the temperature extremes for where equipment is stored to ensure it doesn’t melt or catch fire? What is the likelihood of this impact? To help mitigate these risks, stop looking at weather data models averaged over the last 100 years and start looking at the last 15, which reflect the new normal. Risk intelligence feeds that include weather data are increasingly part of the risk manager’s arsenal to make better predictions of negative impacts to the organization. Leveraging risk makes us innovative, but how we manage it makes us resilient.

Facebook employees told their management that not policing political ads for accuracy is a mistake, and they demand change. This is the new “collective bargaining.” Customers and employees understand the power of their collective voice, and they will use it to drive their own agenda. Google employees refused to write AI for autonomous drones. Walmart employees did not want to work in stores that sold guns. Now, Facebook employees are also collectively bargaining on their own ethics and morals. That begs the question: Can employees change a company’s ethics from the ground up? Can they force management into a more ethical stance in line with their values? What are the outcomes if leadership ignores the risk and the employees? If you are not sure, or anticipate your own chapter of collective bargaining in the same vein, reread the WeWork post above — before you read about it in The Washington post.

FACEBOOK Rebrand: Caps And Colors But No Real Change

FACEBOOK. There, that should take care of it. Because how better to navigate the maelstrom that has besieged the brand than to rebrand? From Facebook to FACEBOOK. And you wonder why CMOs are an endangered species? Are there not bigger fish to fry? There’s a wealth of amusing and unflattering banter that this change has sparked, such as the brand having embraced its only remaining audience with an enlarged boomer phone font. I hold out hope in some conspiracy theory. At least then there’ll be some excuse for such an insipid rebrand. Are colors and fonts important for branding? Sure. Are they what fully encapsulates the essence of a brand? Hardly. But are we surprised that Facebook did not do more to fix its reputation with this rebrand? No. We did not really expect that the now-rainbow juggernaut of the social media landscape would make the necessary changes needed to help fix the suffering social advertising space. But we certainly hoped. 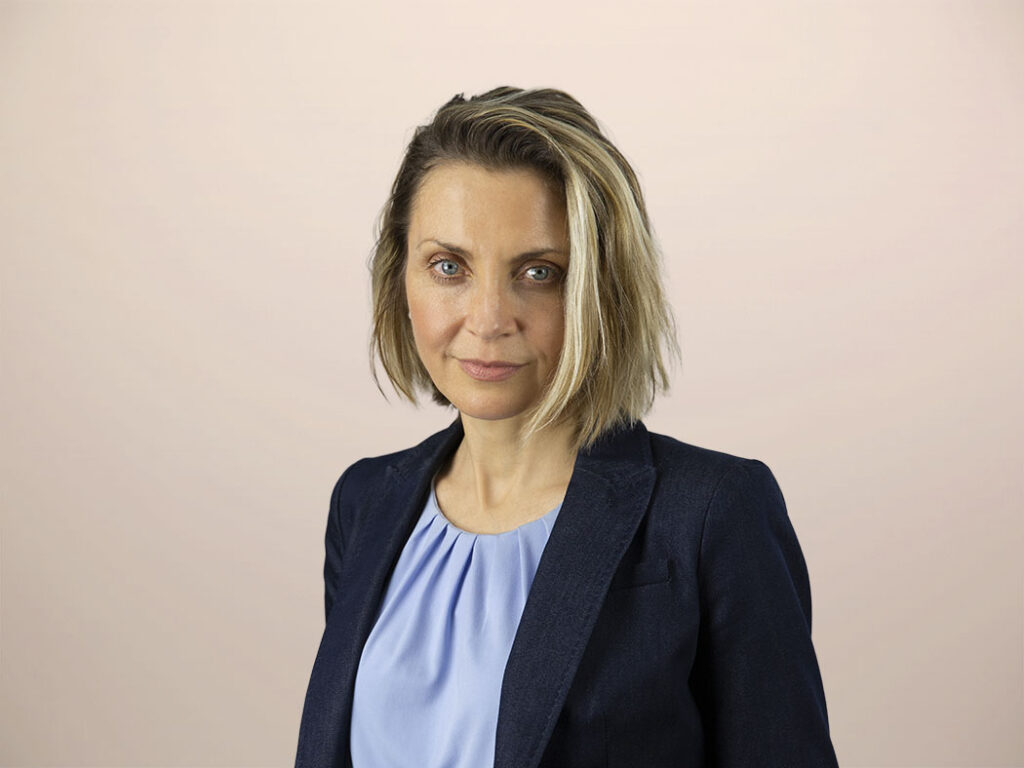